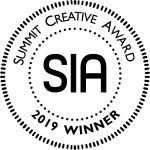 In May 2019 Kong Studio delivered its second collaboration with IMAX, this time creating a digital animation spot to support the IMAX release of the superhero origin film, ‘Shazam!‘ from Warner Bros. and New Line Cinema.

The hard work of the crew involved has now been recognised at Summit International Creative Awards 2019.

The spot was produced in collaboration with IMAX from Kong’s new East London studio in Walthamstow with sound design by Father Ltd. Traditionally animated using TV Paint and comped in After Effects, the style of the spot draws directly from the film’s origin and used classic comic book halftone and action effects. The spot emphasizes the immersive, premium experience provided by IMAX cinemas when seeing ‘Shazam!‘ and was versioned in several languages for distribution across IMAX’s global social media platforms.

Based on characters from DC Comics, ‘Shazam!’ is directed by David F. Sandberg (“Annabelle: Creation”) and follows the story of Billy Batson, a streetwise 14-year-old foster kid who, by shouting out one word—SHAZAM!— can turn into the adult Super Hero Shazam, courtesy of an ancient wizard. Still a kid at heart—inside a ripped, godlike body—Shazam revels in this adult version of himself by doing what any teen would do with superpowers: have fun with them! Shazam sets out to test the limits of his abilities with the joyful recklessness of a child. But he’ll need to master these powers quickly in order to fight the deadly forces of evil controlled by Dr Thaddeus Sivana.

IMAX’s animation spot tells the story of a huge Shazam comic fan who is eagerly anticipating the start of the superhero film in a standard cinema. However, she decides to shout ‘Shazam!’ (as Shazam does in the film) and with an explosion of effects, she is thrilled to be transported to an IMAX cinema to experience the giant IMAX screen, customized immersive audio and more.

Kong and IMAX’s first collaboration was Solo: A Star Wars Story and highlighted how generations after generations have enjoyed the Star Wars franchise.

Kong’s Co-Founder Bill Elliott says of the two spots and working with IMAX, “I grew up besotted with the world of Star Wars and spent my childhood taking a pilgrimage to my local comic book shop at every conceivable opportunity. So, for Kong to have the opportunity to partner with IMAX to create an accompanying piece to ‘Solo: A Star Wars Story’ was an utter joy. For Kong then to be asked to create a piece of animation that pays homage to the beautiful half-tone quality of comic book art, for the purpose of supporting the IMAX film release of a classic DC title is a dream come true. SHAZAM!”

See it say it

Strike it Lucky with Jiva Maya