Everybody loves Star Wars and everybody loves going to the IMAX so we were super happy to work with both on the stand-alone ‘Solo’ film. For, Solo – A Star Wars Story, IMAX had a great idea of showing how different generations have experienced Star Wars through the decades, and we had the happy task of bringing it to life.

Solo – A Star Wars Story is the first in a series of films Kong Studio has made for IMAX. Watch the others below.

Commissioned by Julie Ngo for Imax, in association with Disney 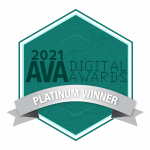 Kong Studio has delivered its third collaboration with IMAX, creating a digital animation spot to support the IMAX release of Stars Wars: The Rise of Skywalker.

Kong Studio are thrilled to present our second collaboration with IMAX for the excellent new film – SHAZAM!