What comes to mind when you think of Sir Winston Churchill?

WWII and a steadfast refusal to give in, most likely. But alongside his roles in British government, he was involved in setting up the Tote – a British pool betting operator that aimed to provide a safe, state-controlled alternative to illegal bookmakers (think Peaky Blinders).

And thanks to Sir Winston Churchill, the Tote ensures a percentage of gambling revenue always gets re-invested into the sport.

At the tail end of 2019, the Tote set us the challenge of creating a video to explain how pool betting works, what makes it unique to both betting regulars and newcomers.

So they wanted an explainer video?

While its primary purpose is to inform, the Tote also wanted the video to reflect the company’s new brand identity. It also needed to communicate the benefits of pool betting in a catchy, shareable way. Without jargon and with eye catching visuals to match. So, we kept the script tight and the animation style fluid.

Creative Director on the project – Bill Elliott said of the spot:

“The challenge of this project was taking a complex message and make it accessible and interesting, in just over a minute of animation! The Tote’s marketing team developed the script with real clarity, and whilst we had to adhere to the newly developed Tote brand guidelines, we were given the freedom to develop our own playful spin on the design. This created a smooth production process resulting in a clear message for the Tote, an inventive new illustration look for both the Tote and Kong, and a beautiful piece of creative to end our year!”

The project presented us with the perfect opportunity to showcase the Tote’s new brand visual identity. We used the ‘plus’ motif as a visual thread to communicate the benefits of pool betting effectively. The character style is simple yet playful and positive to reflect the concept of pool betting as a fun, rewarding activity that also gives back to the industry.

What did the Tote say?

“Kong Studios did a superb job. They translated a new brand identity into a very distinctive, ownable illustration style with a brilliant piece of animation work. They were also super easy and highly professional to deal with.” 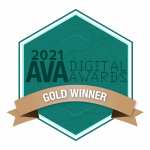